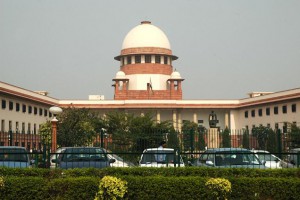 NEW DELHI: The Supreme Court on Friday made the National Commission for Women a party to a public interest litigation petition questioning the constitutionality of a provision permitting a man to have physical relationship with his wife even if she is aged between 15 and 18.
The Social Justice Bench, led by Justice Madan B. Lokur, roped in the commission in the petition filed by the NGO Independent Thought to explain how the offence of rape in the Indian Penal Code (IPC) afforded an exception to a man to have physical relationship with his minor wife and still not qualify it as crime.
In other cases, physical relationship with a minor with or without consent amounted to rape.The NGO wants the Supreme Court to declare that exception 2 to Section 375 of the IPC is “violative of Articles 14, 15 and 21 of the Constitution to the extent that it permits intrusive sexual intercourse with a girl child aged between 15 and 18 years, only on the ground that she has been married.”
It also referred to the provisions of the Protection of Children from Sexual Offences Act (POCSO), 2012, and said these provisions were contrary to the IPC provision.
The POCSO provision provides that physical relationship with a minor constitutes the offence of rape and it does not exclude such relationship between a man and his minor wife.
The plea has highlighted the anomalies among various laws and also cited one of the provisions of the Cr.PC that says: “No court shall take cognizance of an offence under Section 376 of the Indian Penal Code (45 of 1860), where such offence consists of sexual intercourse by a man with his own wife, the wife being under 18 years of age, if more than one year has elapsed from the date of the commencement of the offence.”