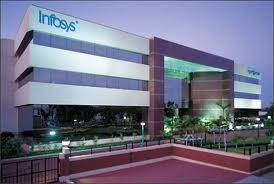 Mysore: Already facing an exodus of top management, Infosys is also struggling to retain talent at mid and junior levels, with 1,823 people leaving the firm in the October-December quarter. The country’s second-largest software exporter added 6,682 employees on gross level in the reported quarter, but the total headcount was lower by 1,823 at 1,58,404 people.
Infosys said the net hiring is down since freshers from the campus had joined in the first two quarters. “Net hiring is down because the freshers joinings have already happened in the first two quarters. But as we move into planning for next year, we are looking at hiring people from campuses,” Infosys CFO Rajiv Bansal said.
Infosys’ attrition rate has also continued to rise. In the December quarter, its employee attrition rate stood at 18 per cent — the highest for the company in the past two years. It stood at 17.3 per cent for the second quarter of the ongoing fiscal while it was 15.1 per cent in Q3 FY’13.
Over the past seven months, the Bangalore-based firm has lost nine senior-level executives, including board member V Balakrishnan and global manufacturing head Ashok Vemuri. However, CEO and MD S D Shibulal played down the exits.
“The organisation is definitely going through a transformation. This is a large corporation with 1.6 lakh employees. Even if I assume that we have 1 per cent of the people as leaders, that is 1,600 people,” Mr Shibulal said. He added that the exits are very few and should not be overly focussed upon.
“Because these are great leaders, these are people with tremendous skills and they also have aspirations, they sometimes have larger aspirations than what Infosys is and these people do look at their aspirations when the transformation happens,” Mr Shibulal said. He added that there will be “some inconvenience” at the time of transition and the company has a large talent pool to groom its next set of leaders.