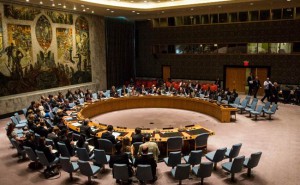 NEW DELHI: India’s bid to become a permanent member of the United Nations Security Council has made big progress, with China forced to fall in line – for now, that is.
The nearly 200 member countries of the United Nations have agreed that over the next year, they will negotiate the wording of a document that will call for reforming the Security Council, the top decision-making body, which has 15 members. Of these, five, including China, Russia and the US, are permanent.
For the first time, different countries have submitted written suggestions for what the resolution should state. In what was seen as an attempt to thwart India’s bid, the US, China and Russia did not participate in that exercise.
China has been strongly opposing the expansion of the Security Council; tonight, it reportedly wanted to force a vote on whether the UN should proceed with a one-year discussion on how the reform should be framed, but failed to muster enough support. If a vote had been called, India would have been forced to get other countries on board to support the extended negotiations.
While the US and Russia have verbally backed India’s membership, neither has put that down in writing.The draft resolution calls for next year’s UN agenda to discuss the “Question of equitable representation on and increase in the membership of the Security Council.” Once the draft is agreed on, it will be put to vote at the General Assembly, where a two-thirds vote is needed to clear it.

Ahead of the UN’s 70th anniversary in October, the PM has, on foreign trips and in bilaterals with the heads of other countries, strongly lobbied for support for a permanent seat on the Security Council for India.