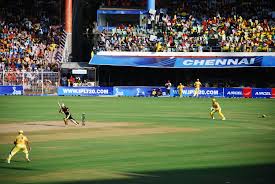 NEW DELHI : The first player draft to pick domestic footballers by the eight Indian Super League (ISL) franchise teams is to be held here next week.
“The draft, to be done on the lines of Major League Soccer of US, to pick the Indian players would be held on July 22 and 23. A total of 92 players will be available to the franchises at the draft,” an official of the tournament’s promoters, IMG-Reliance, told  today. “The list includes 32 players from the I-League clubs (on loan) and the rest are players who have been directly signed for the central pool by IMG-Reliance. Among those are players like internationals Gourmangi Singh and Nirmal Chetri,” the official added.
The I-League clubs who have released their players to take part in the first edition of the tournament are Kolkata’s glamour outfits East Bengal and Mohun Bagan, Mumbai FC, United SC and Rangdajied United FC.
Each team will have a minimum squad strength of 22 footballers, including one marquee player, seven internationals and 14 Indian talent.
The eight participating franchises in the inaugural edition of ISL, who today signed up Hero MotoCorp as the title sponsors, are Atletico de Kolkata, Delhi Dynamos FC, NorthEast United FC, Kerala Blasters FC, Team Goa, Team Pune, Team Mumbai and Team Bangalore.The tournament is being backed by the All India Football Federation, which has created a window – between September 18 and December 7 – for the event.