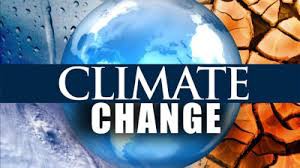 NEW DELHI: The world’s third biggest greenhouse gas emitter, has pledged to source 40% of its electricity from renewable and other low-carbon sources by 2030.
It is the last major economy, following 140 other countries including China, the US and the EU, to submit a climate change plan to the UN before international talks to reach a deal on tackling global warming in Paris this December.
Campaigners welcomed the commitment to cut the “emissions intensity” of its economy – a ratio of carbon emissions per unit of GDP – by up to 35% by 2030.
India’s population of 1.2 billion, about 363 million of whom live in poverty, is projected to grow to 1.5 billion by 2030. “It is estimated that more than half of India of 2030 is yet to be built,” India’s submission claimed.
The country has previously pledged an emissions intensity cut of up to 25% by 2020.
Prakash Javadekar, India’s environment minister, said: “Though India is not part of the problem, it wants to be part of the solution. Our historical cumulative emission as of today is below 3%.”

The Union Environment Ministry on Thursday night submitted the country’s Intended Nationally Determined Contributions (INDCs) in the run up to the Paris climate summit in December, which lays out the country’s blueprint for tackling climate change.

The submission, made to the UN Framework Convention on Climate Change (UNFCCC) at Bonn, Germany, sets an ambitious target of lowering carbon emissions intensity of the GDP by 33-35 per cent by 2030 from 2005 levels.
While releasing the INDCs in Delhi on Friday, Union Environment Minister Prakash Javadekar noted that in comparison to developed nations, India’s INDCs were fairly ambitious for a developing nation. Listing out the eight ambitious goals set in order to tackle climate change, he said these goals will guide the way for India to develop a low carbon economy.
The Minister also clarified that being a developing nation, India’s carbon emissions will continue to increase in the coming years in absolute terms, but what is sought to be achieved is reduction of carbon emissions as a proportion of the GDP, by adopting a cleaner path to economic growth.
Focus on renewable energy
Key among the goals is India’s decision to increase its share of non-fossil fuel in the total installed capacity from 30 per cent in 2015 to 40 per cent by 2030. Further, it will achieve about 40 per cent cumulative electric power installed capacity from non-fossil fuel-based energy resources by 2030 with the help of transfer of technology and low-cost international finance, including from the Green Climate Fund.
India also aims to create an additional carbon sink of 2.5 to 3 billion tonnes of CO2 equivalent is yet another major target, which it proposes to achieve by expanding its forest and tree cover by 2030.

Further, India will seek to mobilise domestic and new and additional funds from developed countries to implement the above mitigation and adaptation actions in view of the resource required and the resource gap. The country also seeks to build capacities, create domestic framework and international architecture for quick diffusion of cutting-edge climate technology in India and for joint collaborative R&D for such future technologies.