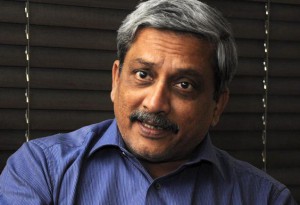 NEW DELHI: Expressing confidence in the country’s ability to tackle crisis situations like the Sydney Hostage episode, Defence Minister Manohar Parrikar on Tuesday said India’s preparedness has definitely improved.
“I think we are improving and definitely much better than probably what we were prepared in the earlier years. So, ultimately it comes with situation, each situation differs. But I think we are quite well prepared,” he told reporters here.
Parrikar, who is a member of the Cabinet Committee on Security, was asked how he assessed the country’s preparedness in the wake of what had happened in Sydney.Yesterday, a heavily-armed man of Iranian-origin held 17 people hostage at a cafe in Sydney. The crisis ended late last night with the police storming it.
Three persons were killed while two Indians, who were among the captives, escaped safely.