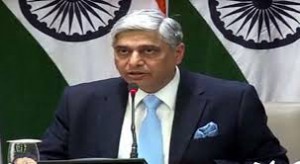 NEW DELHI: India has formally approached the United Nations to include Jaish-e-Mohammad chief and Pathankot terror attack mastermind Masood Azhar in the UN Security Council’s sanctions list. It strongly emphasised the urgency to take action against the terror group’s leader.
India’s Permanent Representative to the UN Syed Akbaruddin wrote to New Zealand Ambassador Gerard Jacoubus van Bohemen, the Chair of the 1267 al-Qaeda Sanctions Committee yesterday, submitting India’s request that the JeM chief’s name be included in the committee’s sanctions list.
Armed with strong evidence of the outfit’s terror activities and its role in the 2nd January Pathankot attack that killed seven soldiers, India told the UN Sanctions Committee that not listing Azhar has clearly demonstrated how it and other countries in South Asia continue to face threats posed by the terror group and its leader.

Calling for immediate action to be taken to list Azhar under the al-Qaeda Sanctions Committee, New Delhi said it is the responsibility of the committee to protect UN nations and its citizens from terror groups like the JeM and its leaders.
India said, listing Azhar will prove that the global community is
committed to tackling the scourge of terrorism and will help protect Indian citizens and those of other countries from the terror threats posed by him and his outfit.
External Affairs Ministry spokesperson Vikas Swarup had said in New Delhi that it is a great anomaly that the organisation JeM is listed but its leader is not.