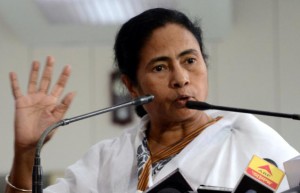 KOLKATA: A day after West Bengal cabinet minister Madan Mitra was arrested, residents of Jadavpur in South Kolkata showed mixed reactions.
People of Jadavpur woke up to a morning where discussions over tea were only about the arrested transport minister. The scene at a tea stall near 8B bus stand (a stone’s throw from the iconic Jadavpur University) was a little different from the usual days.
“Since morning, people have been talking about Mitra. Though it does not affect my livelihood if any minister is arrested, several questions are cropping up in my mind following the arrest. We voted for change in 2011, but this is not the change we had expected from the party. If a party bigwig like Mitra can be arrested, wonder who will be next,” says Sanjay Sinha, the tea stall owner.
If you’re wondering about the significance of Jadavpur, in many ways, it is the place from where it all started for TMC supremo and current West Bengal CM Mamata Banerjee. Some three decades back, aided by the sweeping sympathy vote for Congress after the death of Indira Gandhi, the then rookie politician Mamata Banerjee defeated political heavyweight Somnath Chatterjee in the 1984 Lok Sabha elections. It was the advent of a new political star in Bengal’s political firmament.

The Jadavpur Lok Sabha seat has been a bellwether constituency to a large extent. It was only in 2004, when people voted for CPM’s Sujan Chakraborty and not for a Trinamool Congress candidate, and the Mamata Banejee led party ended up with one seat in total.
Trinamool Congress leader Krishna Bose, who is related to Netaji Subhas Chandra Bose, was a three-time MP from Jadavpur, winning it in 1996, 1998  and 1999. Kabir Suman in 2009 and Sugata Bose in 2014 of the Trinamool Congress won the same seat. The Assembly constituency of Jadavpur saw a political earthquake in 2011 when the then CM Buddhadeb Bhattacharya suffered an embarrassing loss in hands of political rookie Manish Gupta.
But it seems like a lot has changed since then. Speaking to the people, an anti-Trinamool Congress streak is clearly visible. But there aren’t any signs of the people being pro-BJP either. Despite several RSS shakhas and BJP party offices operating out of the same area over the past many years, the party is yet to make a mark in the constituency.
“I don’t know which party I’m going to cast my vote for in the next assembly election. Last time, I had voted for the Trinamool Congress, but I’m not sure if I’ll vote for them again. But I am sure that I will not be voting for the BJP,” says Subhranshu Das, a resident of Jadavpur.
All seven assembly segments of Jadavpur parliamentary constituency are Trinamool Congress strongholds. Meanwhile, Left Front parties in the constituency are trying to gain more ground after the Trinamool Congress’ links with the Saradha scam surfaced.
“People are very confused at the moment following Mitra’s arrest. Amongst the Left Front parties, the CPM is trying to bring the Saradha issue to the forefront and gain more ground before the Kolkata Municipal Corporation polls due next year,” added Das.
All in all not a very promising picture for the TMC, but the lack of an alternative is likely to keep them in currency as of now.