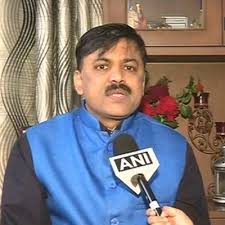 BANGALURU: Within two days after Congress president Sonia Gandhi asked Karnataka Chief Minister Siddaramaiah to handover the inquiry into the death of IAS officer DK Ravi, who took on sand mafia in Kolar district, to the CBI, the BJP on Sunday raised questions on her intervention in the matter.
Speaking to a News Agency, BJP leader GVL Narasimha Rao said that Sonia Gandhi’s intervention into ongoing probe of DK Ravi’s death case has raised many questions.
“Is she running Karntaka government by a remote control? Is there a National Congress’s angle to entire episode in Karnataka?” GVLN Rao was quoted as saying by ANI.
Meanwhile, BJP MP from Mysore Prathap Simha also wrote a letter Sonia Gandhi, questioning the intention of her party-led government in Karnataka in refusing such a probe.
“As you are aware, an honest, young IAS officer D K Ravi has been found dead under mysterious circumstances in Bengaluru. He was a brave, upright officer who had taken on the rich and mighty during his tenure as an IAS officer,” Simha said in his letter.
He said that according to reports, Ravi faced threat from many powerful people. “Some of them are close to your party and some of your leaders are also close to such people.”Pointing out that the entire state was demanding a CBI probe, Simha said the Congress government in Karnataka, led by Chief Minister Siddaramaiah, was not agreeing to it.
“If there is nothing to hide and if it is really a suicide, why can’t he hand it over to the CBI?” he asked and added that his refusal to do so made no sense.”The outright rejection of the government raises several questions and leads to more suspicion.”
There has been a clamour for a CBI probe from Opposition parties and the family of D K Ravi, who was found hanging from a ceiling fan at his flat on March 16. The state government has handed over the probe to CID.
Simha also reminded Sonia Gandhi that her son and Congress vice president Rahul Gandhi had led the agitation demanding justice for S Manjunath who was killed by the oil mafia of Uttar Pradesh in November 2005.
Facing increasing heat over the demand for a CBI probe into Ravi’s death, Chief Minister Siddaramaiah had yesterday asserted that the government was not protecting anybody and would make its stand known in the Assembly on Monday.
Sonia Gandhi had on Friday advised Siddaramaiah to order a CBI probe into the case that has stirred strong public sentiments.
Ravi, who took on the sand mafia in Karnataka’s Kolar District, was an Additional Commissioner on deputation with the Commercial Tax department. He was found hanging from a ceiling fan in his house by his wife on Monday.
His death has resulted in widespread protests all over Karnataka, with politically parties, predominantly the Bharatiya Janata Party, calling for a CBI investigation into the same.