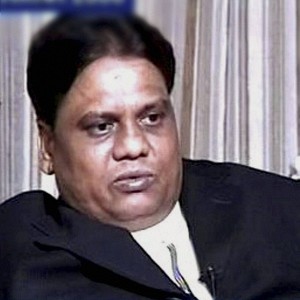 NEW DELHI: Underworld don Rajendra Sadashiv Nikhalje alias Chhota Rajan, arrested in Indonesia’s Bali, has asked his interrogators to let him flee to Zimbabwe, a report said on Wednesday.
Speaking to news channel, Bali Police Commissioner Reinhard Nainggolan confirmed that Rajan, the powerful aide-turned-rival of terrorist Dawood Ibrahim, repeatedly pleaded before the interrogators to free him as he wanted to go to Zimbabwe.
Indonesia’s top cop said that Rajan, who is in police custody, is very tense and scared.
Nainggolan also informed that the 55-year-old mafia don was medically fit, thus contradicting reports of him suffering from multiple ailments.
Meanwhile, Bali CID officer Major Reinhard in an exclusive chat with ‘India Today’ confirmed Nainggolan’s claims, saying that Rajan initially refused to accept he was the mafia don, but later admitted that he was indeed Chhota Rajan.
The CID official further quoted Rajan as saying, “There is a threat to my life in India, please take me to Zimbabwe.”Chhota Rajan, one of the India’s most wanted gangsters, was arrested in the tourist town of Bali, Indonesia, on a Red Corner Notice issued by Interpol after eluding law enforcement agencies for over two decades.
The arrest was made on a tip -off from the Australian Police that 55-year-old Rajan had flown from Sydney to Bali.Once a close aide of Dawood, Rajan parted ways after the 1993 Mumbai blasts and remained his fierce rival ever since and is wanted in about 20 murder cases.
CBI had issued a Red Corner Notice through Interpol against him in July 1995 on the request of Mumbai Police which was probing cases against him.Rajan was arrested in Bali by a joint team of Australian and Indonesian police after arriving from Sydney on a passport having the name of Mohan Kumar, agency sources said.
They said he had been hiding in Australia for seven years.

Meanwhile, security agencies are likely to send a team of officials in the next two days to bring back gangster Chhota Rajan from Indonesia where he is in custody since Sunday.
The sources are tightlipped about the exact arrangements to bring him back because of security concerns arising out of his fierce rivalry with underworld don Dawood Ibrahim and his gang.
They said agencies are working on more than one plan to bring back 55-year-old Rajan.