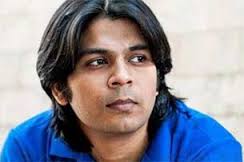 MUMBAI: Ankit Tiwari, the musician who shot to fame for composing and singing the song, Sunn Raha Hai Na Tu, from Aashiqui 2, has been arrested by the Versova police under rape charges. His elder brother, Ankur Tiwari, has also been booked for allegedly threatening the victim.On Thursday morning, cops came calling on Ankit’s doorstep. They asked the musician and his brother, Ankur, to come to Versova police station to record their statements. When they reached the police station, Ankit was arrested.
The music director’s brother got bail, but Ankit has been sent to police custody till May 12. Apparently, Ankit was dating an advertising professional and the two wanted to get married. In his statement, Ankit said, “I was seeing her for a year and I even got her to meet my parents. But when we found that she was a divorcee and she had a kid, my parents did not want me to continue with the relationship. I am being framed here. All the charges made by her are false and baseless.”
Lawyer Neeraj Gupta, who is representing both the accused, refuted the charges saying that it was an attempt by the victim to extort money from Ankit. Gupta noted that she wanted his client to pay her Rs 3 crore. “If the victim’s story is true, why was she silent till now? When she learnt that Ankit has made it big, she demanded money from him. But when he refused to pay her, she filed a false complaint against my clients,” he said.
Police inspector Machidra Vadkhe said, “The victim gave her complaint in writing in February to the ACP and the concerned DCP. On that basis, we registered an FIR in March and after verifying the evidence, we arrested him on Thursday.” In her statement, the victim has mentioned that in October 2012, she was introduced to Ankit Tiwari through a common friend.
She says that Ankit sexually assaulted her between October 2012 and December 2013 telling her that he would marry her but he failed to keep his word. She also claims that Ankit’s brother, Ankur, threatened her with a knife and asked her to stay away from his brother.