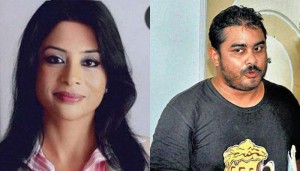 NEW DELHI: As the sordid saga of Sheena Bora’s murder keeps churning out sensational twists and new turns, it has come to the light that Indrani Mukerjea tried to kill Mikhail Bora at least four times.
A report in the Times of India said on Monday that the police had detained a Mumbai-based hitman, who was paid Rs 2.5 Lakh to eliminate Mikhail, adding that it was her fourth attempt to kill him.

The hitman has also confessed that he was hired by Indrani to kill Mikhail, the report cited a bureaucrat as saying.However, just like her earlier three plans, this murder bid too failed.
Mikhail has already told the police how his mother Indrani tried to kill him thrice. Also, his mother had him sent to a mental asylum in Pune before that.
Mikhail claimed that even before Sheena’s murder on April 24, 2012, Indrani had visited Guwahati twice in order to kill him as she tried to drug him.
On the fateful day of April 24, 2012 when Sheena was murdered, Mikhail says Indrani had spiked his drinks with a sedative, however he managed to escape from Worli hotel where he had been called on the pretext of straightening out some family issues.
Meanwhile, as Mikhail’s claims that his mother tried to kill him was established, police will on Monday add new charges against the accused trio -Indrani, her ex-husband Sanjeev Khanna and the driver Shyam Rai.