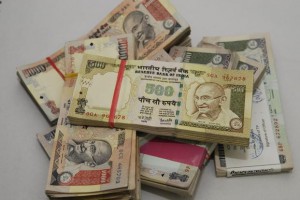 NEW DELHI: The Labour Ministry is all set to cap premature provident fund withdrawal at 75 per cent of total deposits in case an EPFO subscriber goes without a job for two months.
The rest 25 per cent would be paid to the subscriber at the age of 58 years.At present, Employees Provident Fund Organisation (EPFO) subscribers can withdraw the entire amount prematurely by showing not employed anywhere for two months.
The ministry has firmed up the decision on premature PF withdrawals after the EPFO trustees from workers’ side unanimously supported the move in a meeting held here today, a Labour Ministry official said.
The official said that though the ministry has shown its intent to cap PF withdrawal at 75 per cent earlier this month, but they wanted to take trade unions representatives on board.
The Labour Ministry will soon issue a notification in this regard to amend the Employees’ Provident Fund Scheme to cap the withdrawals, All India Trade Union Congress Secretary D L Sachdev said after the meeting.
However, it was also decided that the provision of inoperative accounts will not be applicable to such cases, Mr Sachdev said.At present, a subscriber’s account becomes inoperative if no contribution is made for 36 months. The EPFO does not credit interest on inoperative accounts.
Under the new provision, EPFO will retain 25 per cent of a subscriber’s PF till he attains the age of 58, and his account has to be credited with due interest, Mr Sachdev said.
Earlier this month EPFO’s Central Provident Fund Commissioner K K Jalan had said, “Presently, out of 1.3 crore annual claims, not less than 65 lakh claims are for full withdrawal. If the proposal is implemented by the Centre, the total number of claims would come down to 50 lakh.”
Mr Sachdev said that they suggested that in case of emergency, subscribers should be allowed to withdraw a part of remaining 25 per cent under certain conditions.
These conditions could be requirement for money for treatment of deadly diseases like cancer or for heart bypass surgery or for any other such situation, he added.