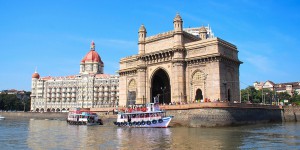 NEW DELHI: A new development plan for Mumbai, which called for development at the cost of green zones and allegedly had serious flaws, has been scrapped by the Maharashtra government.The Mumbai Development Plan 2034, an urban planning blueprint released on February 16, had been strongly opposed by citizens, including politicians and actors.
Critics said the plan had left out hundreds of iconic structures from the list of heritage buildings and ignored ground realities of the city.Last week, residents of Pali Hill, one of Mumbai’s most affluent neighbourhoods, held a silent protest against the proposal to allow hawkers to set up shop on footpaths.Amid protests, the state government had invited feedback on the draft development plan till Saturday. But even before that, Chief Minister Devendra Fadnavis today announced that it was being dropped.
He has ordered a new plan within four months.The decision was greeted with cheers on social media.”Scrapping up of the contentious #DP2034 is a victory of all those people who raised an alarm and acted to save the city from planned ruin,” tweeted Ashwini Priolker.Film stars Aamir Khan, Salman Khan and Farhan Akhtar were among those who last month joined Maharashtra Navnirman Sena chief Raj Thackeray in opposing the plan.
Aamir Khan had pointed out that Mumbai’s Aarey Colony – which has over 2,000 hectares of green cover – was listed in the plan not as a forest but as a growth centre.”The Development Plan is a noose around the neck. It is up to you if you want to cut the rope. If the agitation has to come on the streets, we will bring it on the streets,” renowned lyricist Javed Akhtar had said.
Architects and town planners have called the plan “irrelevant” to the needs and aspirations of Mumbai residents. They have criticized the proposed increase in the Floor Space Index,  which would allow taller buildings.The Brihanmumbai Municipal Corporation, which came up with the plan, said that it was “made professionally to achieve the goals of growth, inclusiveness and sustainability.”