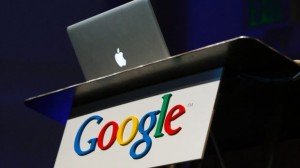 PARIS: US search engine Google has overtaken rival technology titan Apple as the world’s top brand in terms of value, global market research agency Millward Brown said today.Google’s brand value shot up 40 per cent in a year to USD 158.84 billion (115 billion euros), Millward Brown said in its 2014 100 Top BrandZ report.“Google has been extremely innovative this year with Google Glass, investments in artificial intelligence and a range of partnerships,” said Benoit Tranzer, the head of Millward Brown France.
Google Glass is Internet-linked eyewear for which the firm has joined hands with Luxottica, a frame giant behind Ray-Ban and other high-end brands, to sell the new product in the United States.“All these activities send a very strong signal to consumers about the essence of Google,” Tranzer said.Apple, which dominated the top position for three straight years, saw its brand value fall by 20 per cent to USD 147.88 billion.The top 10 of the 100 slots were dominated by US firms.
IBM was in third place at USD 107.54 billion, a fall of 4 per cent, followed by Microsoft at USD 90.19 billion — a 29 per cent rise.Fast food chain McDonald’s ranked next at USD 85.71 billion, followed by Coca Cola (USD 80.68 billion), it said.Report-AFP