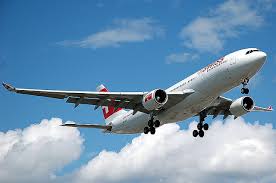 NEW DELHI: Now fly as low as Rs 1,290 through AirAsia. Domestic air travelers can avail the low-fare scheme for bookings made till October 4, 2015. The offer is valid for travel between January 4 and June 30, 2016.
Under the scheme a one way tickets from Bengaluru to Kochi or Goa can be booked at Rs 1,290 while tickets to New Delhi are priced at Rs 3,490.  The highest in the scheme is ticket to Chandigarh at Rs 3590.
AirAsia has recently announced a partnership to enable its flyers with a chance to win invites for OnePlus 2. The offer is valid on ticket bookings made between September 30, 2015 and October 09, 2015 on airasia.com, for people planning to travel between October 10, 2015 and October 20, 2015.
AirAsia India currently has Bengaluru, Kochi, Goa, Chandigarh, Jaipur, Pune, Vizag, New Delhi, Guwahati and Imphal in its destination network.