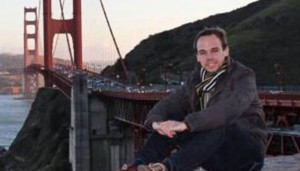 BEHLIN:  The Germanwings co-pilot said to have deliberately crashed his Airbus with 149 others aboard into the French Alps suffered serious depression six years ago, German daily Bild reported Friday.
The co-pilot sought psychiatric help for “a bout of heavy depression” in 2009 and was still getting assistance from doctors, the newspaper said, quoting documents from Germany`s air transport regulator Luftfahrtbundesamt (LBA).
Andreas Lubitz, 28, was receiving “regular private medical” treatment, Bild reported, adding that Germanwings` parent company Lufthansa had transmitted this information to the LBA
Lufthansa CEO Carsten Spohr said that Lubitz had suspended his pilot training, which began in 2008, “for a certain period,” but did not give more details. Lubitz later continued and was able to qualify for the Airbus A320 in 2013.
Bild said that during the period of his training setback Lubitz had suffered “depressions and anxiety attacks.”The pilot`s records were due to be examined by experts in Germany Friday before being handed to French investigators, Bild reported.
Two properties used by Lubitz in western Germany were searched by police late Thursday as officials seek clues into how the outwardly level-headed pilot could have decided to commit what is thought to have been suicide and mass murder.