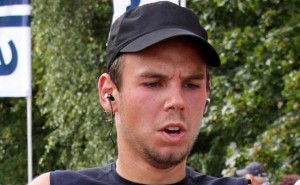 DUNESSELDORF(Germany) : The Germanwings co-pilot who crashed his Airbus in the French Alps, killing all 150 aboard, told his ex-girlfriend that “one day everyone will know my name”, according to German newspaper Bild. In an interview, the 26-year-old flight attendant known as Maria W told Bild that when she heard about the crash she recalled Andreas Lubitz telling her last year:
“One day I’m going to do something that will change the whole system, and everyone will know my name and remember.” Related Germanwings Offers Families Initial Aid of 50,000 Euros Co-Pilot in Germanwings Crash Hid Medical Condition From Employer, Prosecutors Say European Union Considers Two-Person Cockpit Rule After Germanwings Crash The black box voice recorder indicates that Lubitz, 27, locked his captain out of the cockpit on Tuesday and deliberately flew Flight 4U 9525 into a mountainside, French officials say, in what appears to have been a case of suicide and mass killing.
French Prime Minister Manuel Valls said that all the signs were “pointing towards an act that we can’t describe: criminal, crazy, suicidal”. German prosecutors revealed that searches of Lubitz’s homes netted “medical documents that suggest an existing illness and appropriate medical treatment”, including “torn-up and current sick leave notes, among them one covering the day of the crash”.

They did not specify the illness. According to Bild, the young woman, who was “very shocked”, flew with Lubitz on European flights for five months last year, during which time they are believed to have been romantically involved. If Lubitz did deliberately crash the plane, “it is because he understood that because of his health problems, his big dream of a job at Lufthansa, as captain and as a long-haul pilot was practically impossible”, she told Bild.
The pair separated “because it became increasingly clear that he had a problem”, she told the daily, adding that at night he would wake up and scream “we’re going down” and was plagued by nightmares. Bild earlier reported that Lubitz sought psychiatric help for “a bout of serious depression” in 2009 and was still getting assistance from doctors, quoting documents from Germany’s air transport regulator.

Lufthansa CEO Carsten Spohr said that Lubitz had suspended his pilot training, which began in 2008, “for a certain period”, before restarting and qualifying for the Airbus A320 in 2013. 50,000 Euros Per Passenger Half of the 150 victims of Tuesday’s disaster were German, with Spain accounting for at least 50 and the remainder composed of more than a dozen other nationalities.
Germanwings said on Friday it had offered the victims’ families “up to 50,000 euros ($54,800) per passenger” towards their immediate costs. The assistance, which the families would not be required to pay back, was separate from the compensation that the airline will likely have to pay over the disaster, a Germanwings spokesman told AFP. A religious ceremony will take place today morning at 10.30am (09:30 GMT) in the nearby town of Digne-les-Bains, police said.

Lubitz lived with his parents in his small home town of Montabaur in the Rhineland and kept an apartment in Duesseldorf, the city where his plane was bound from Barcelona. Duesseldorf prosecutors said the evidence found in the two homes “backs up the suspicion” that Lubitz “hid his illness from his employer and his colleagues”. They said they had not found a suicide note, confession or anything pointing to a “political or religious” motive but added it would take “several days” to evaluate the rest of what was collected. Reiner Kemmler, a psychologist who specialises in training pilots, noted that people “know that depression can compromise their airworthiness and they can hide it”.
“If someone dissimulates, ie they don’t want other people to notice, it’s very, very difficult,” Kemmler told Deutschlandfunk public radio. Desperate Captain Used ‘Axe’ Lubitz locked himself into the cockpit when the captain went out to use the toilet, then refused his colleague’s increasingly desperate entreaties to reopen the door, French prosecutor Brice Robin said.
According to Bild, the captain even tried using an axe to hack through the armoured door as the plane was sent into its fatal descent by Lubitz. The tragedy has prompted a shake-up of airline safety rules. The European Aviation Safety Agency (EASA) recommended on Friday that at least two people be present in the cockpit of planes at all times, which is the standard in the United States.
German authorities agreed to the rule for Lufthansa, its subsidiary Germanwings and other companies. Authorities in Germany, Austria and Portugal also announced that they would be requiring the adoption of the so-called “rule of two”, which has been backed by Air France, KLM, Britain’s easyJet, Brussels Airlines and Norwegian Air Shuttle, among other airlines. Ireland’s Ryanair, Finland’s Finnair and Spanish carrier Iberia already adhere to the rule.
Meanwhile, the UN world aviation body stressed that all pilots must have regular mental and physical check-ups. In the northwestern town of Haltern, which lost 16 students and two teachers on the flight, news that the co-pilot had apparently acted deliberately caused shock and anger. German President Joachim Gauck, a Protestant pastor, attended a memorial service in the town on Friday.
Meanwhile in Montabaur, Mayor Edmund Schaaf urged reporters camped out in the community to show restraint towards Lubitz’s parents, a banker and a church organist who live on a leafy, normally quiet street. “Regardless of whether the accusations against the co-pilot are true, we sympathise with his family and ask the media to be considerate,” he said. Investigators say Lubitz’s intention was clear because he operated a button sending the plane into a plunge.
For the next eight minutes, Lubitz was apparently calm and breathing normally. The second-in-command had passed all psychological tests required for training, Lufthansa’s Spohr told reporters on Thursday.
Recovery operations at the remote crash site were still ongoing, with French officials continuing to comb the mountain for body parts and evidence. The plane’s second black box, which records flight data, has not yet been recovered.