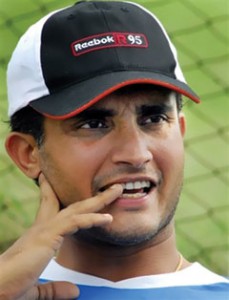 KOLKATA: Former India captain Sourav Ganguly on Thursday rubbished reports of internal conflict within the Indian team following a humiliating One-Day International (ODI) series defeat against Bangladesh.”You get to hear all these when a team loses and has not played to their potential. I believe there is no conflict within the team, all of these things have been made up,” he told media persons here.
Following, the team’s first-ever ODI series loss to minnows Bangladesh, Test skipper Virat Kohli had expressed concern over the team’s decision-making.”Not too happy with the way we have played. We have been sort of doubtful in our decision-making and that shows on the field,” the flamboyant Kohli had said fueling speculations of a rift within the team.
His comments followed team-mates Suresh Raina and Ravichandran Ashwin’s vocal support for ODI skipper M.S. Dhoni whose personal coach has claimed “groupism” within the team as the reason for India’s loss. He further claimed that it was affecting Dhoni’s concentration and subsequently individual performance.

Expressing disappointment over India’s performance, Ganguly credited Bangladesh for outplaying India. “It is disappointing (the result). But Bangladesh have played brilliant cricket credit should be given to them,” he said.
Ganguly also supported Dhoni’s decision to bat up the order. The keeper-batsman, who usually comes in at number six, came out to bat at number four in the last two games of the series scoring 116 runs including a 69.
The southpaw also asserted everything was fine with BCCI president Jagmohan Dalmiya.According to media reports, the Supreme Court-appointed Justice Lodha Committee found the board president’s “speech incoherent and incomprehensible” when it met him in Kolkata on Tuesday.
The three-judge committee has been appointed to prescribe punishment for ex-BCCI president N. Srinivasan’s son-in-law and Chennai Super Kings official Gurunath Meiyappan and Rajasthan Royals co-owner Raj Kundra, both of whom were found involved in betting in IPL 2013.
After a release from BCCI on Thursday refuted such claims, Ganguly too echoed the same sentiments saying: “Our president is absolutely fit.”