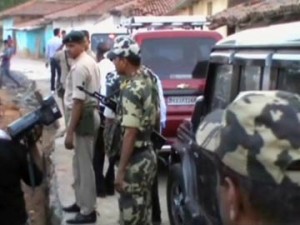 PATNA: In another breakthrough, four suspected Indian Mujahideen men believed to have been involved in the October 27 serial blasts in Patna that targeted Narendra Modi’s rally have been arrested by the NIA or the National Investigation Agency.
The suspects, identified as Haider, Numan, Taufeeq, and Muzibullah, had been absconding for months.They allegedly planned and executed the Patna bombings along with the main accused Tehseen Akhtar, the current chief of the Indian Mujahideen who was arrested in March this year from a village close to the Nepal border.