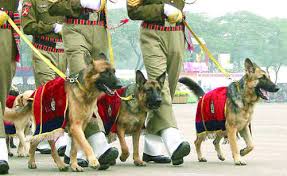 NEW DELHI : The capital will turn into a virtual fortress for US President Barack Obama’s visit this weekend with heightened security measures including an extended no-fly zone to protect the world’s most powerful leader.
Prime Minister Narendra Modi, President Obama and other dignitaries from the world’s two largest democracies will attend the Republic Day celebrations on Monday, January 26, which include a massive military parade.
Security agencies previously enforced a no-fly zone with a radius of 300 km, but it will be extended to 400 km this year, covering cities such as Jaipur in the west, and Agra, and extending to the border with Pakistan.
“The no-fly zone has been extended around Delhi … no civil aircraft can take off or land during that time,” said one Indian security official, who asked not to be identified because of the sensitivity of the security details.
While a no-fly zone bars commercial flights during the two-hour procession, the programme wraps up with a fly-past by military planes.
On-the-ground security has been beefed up, with extra police patrols and checks at metro stations. Snipers will be deployed at more than 70 high-rise buildings around central Delhi, the security official said. But Delhi has made it clear that Rajpath -the wide avenue where the Republic Day parade marches –  and India Gate will be protected entirely by its own guards and officials.  Secret Service Agents will be a part only of the inner-most circle of security around the US President.
Home Minister Rajnath Singh has said all security arrangements are in place for Mr Obama’s visit.  The stakes are high.  In December, India  issued a nationwide alert after Pakistan Taliban killed 132 people in a school in Peshawar. Clashes across the  border in Kashmir have intensified, along with concerns that militant commanders in Afghanistan and Pakistan have renewed their focus on India as foreign forces leave the region.
Late last year Al Qaeda set up an Indian Subcontinent branch, and other militants are looking to Islamic State for inspiration. Obama will be accompanied by First Lady Michelle Obama on his three-day trip and is expected to travel in ‘The Beast’, his heavily-armoured limousine. They plan to tour the Taj Mahal, about 200 km south of the capital.
A team of 40 US security experts has already inspected the Taj Mahal, a police official said.