NEW DELHI :Former union minister and BJP leader Ram Naik will be the new Governor of Uttar Pradesh. His appointment, and that of four other governors was announced today by the President’s office. The others, all BJP veterans, are Kesri Nath Tripathi as the Governor of West Bengal, Delhi leader Om Prakash Kohli as the Governor of Gujarat and Balramji Dass Tandon as the Governor of Chhattisgarh. Padmanabha Acharya will be governor of Nagaland.
Mr Naik, who was petroleum minister in the Atal Bihari Vajpayee government, was pushed to the margins after his defeat from Mumbai North in 2004. He replaces BL Joshi, who was appointed by the previous Congress-led UPA government and resigned last month. 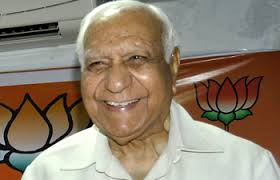 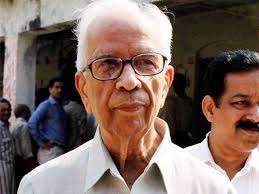 Kesri Nath Tripathi, a former UP assembly speaker, heads to the Kolkata Raj Bhawan, vacated a few days ago by former National Security Advisor MK Narayanan soon after he was questioned in connection with the multi-crore AugustaWestland VVIP helicopter deal, now being investigated by the CBI.
Apart from Mr Joshi and Mr Narayanan, four other governors have stepped down since the change of regime at the Centre two months ago; new governor for Goa and Lt Governor for Puducherry are yet to be appointed.Also, the governors of Karnataka and Tripura retired last month and they need to be replaced. Mr Acharya, who was appointed the Governor of Nagaland today, has been given the additional charge of Tripura. Puducherry Lieutenant-Governor Virendra Kataria was sacked by the Centre last week.
Among the other names of senior BJP leaders doing the rounds for possible gubernatorial appointment are former Bhopal MP Kailash Joshi and former leader of the opposition in Delhi assembly Vijay Kumar Malhotra.