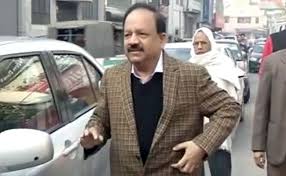 NEW DELHI: The first India International Science Festival, IISF begins today at the IIT-Delhi. Union Minister for Science & Technology and Earth Sciences, Dr. Harsh Vardhan said in Delhi that the IISF is expected to be the country’s biggest ever Technology and Industrial Expo.
Our correspondent reports that around 4,000 delegates from India and abroad are expected to take part in the festival, which will conclude on 8th of this month.
The Five day festival will showcase the achievements of Indian scientists and institutions. It will explore ways to translate academic research into industrial applications benefiting the common man and encourage culmination of scientific temperament among youngsters, especially school children.
The festival intends to be a platform for scientists to interact for sharing ideas and knowledge.Approximately 3000 young scientists from the country are expected to participate as delegates .

The Ministry of Science and Technology has organised an event on this occasion to create a Guinness World Record of the highest number of students conducting an experiment at the same venue in which 2,000 students are expected to take part.