MUMBAI: Ten policemen all working at the same station in Mumbai have been accused in a First Information Report or FIR of kidnapping, sexually assault and murdering a young man they had arrested. The case is being investigated by the CBI. An FIR is the first step in the filing of formal charges; the cops have not yet been arrested. 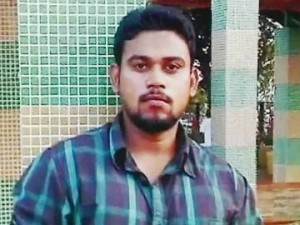 In April, Agnelo Valdaris, 25, was found dead on the train tracks near the Wadala Railway station in Central Mumbai, three days after he had been arrested along with three friends in a case of theft.
The police claimed that Agnelo had been run over by a train while trying to escape from the cell where he had been locked up. But his father, Leonard, and the three others who had been arrested said the police had sexually assaulted and tortured Agnelo till he died.  The policemen, who had initially claimed that they had CCTV footage showing Agnelo breaking out of the police station, were unable to furnish the video when asked.
The men who were arrested with Agnelo say that the policemen stripped them, beat them for several hours and forced them to perform sexual acts on each other. Earlier this week, the case was assigned to the CBI by the Bombay High Court after it heard their testimony as well as that of Agnelo’s father. The case had first been taken up by the state police, but the men who had been arrested said that the officers appeared biased.
One reason the Bombay High Court handed over the investigation to the CBI was the abysmal record Maharashtra has in giving justice to those who have allegedly died in police custody. For the past 14 years, maximum number of custodial deaths and murders have taken place in Maharashtra. Statistics reveal 23 per cent of all custodial deaths occurred in Maharashtra but not one case has led to a conviction.