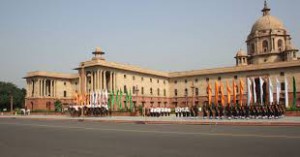 NEW DELH:  Government officials, including those in the army and paramilitary forces, have been warned of action if they complain directly to the Prime Minister.
The Department of Personnel and Training today reminded officials of rules dating back to 1957 that say bypassing one’s own boss and writing to higher authorities will be treated as unbecoming conduct.

“In spite of these instructions, it has been observed that government servants, including officers and officials of para military forces and Army personnel continue to represent directly to the Prime Minister, Minister, Secretary (Personnel) and other higher authorities, directly,” said the department.
The government has said that officials skipping “prescribed channels of communication” would be “viewed seriously” and appropriate disciplinary action would be taken against those who violated the rules. Officials can’t even use emails or public grievance portals to take their plea to the prime minister, said the department, in what is known to be a routine reminder.
Officials were told that complaints are to be taken to an immediate superior or the head of department or any other authority at the “appropriate” level.
“It is reiterated that the existing instructions may be brought to the notice of all government servants including officials of paramilitary forces and members of armed forces,” said the directive.
The department has also reminded the employees that government rules stop them from dragging in relatives into service matters. “Representation by relatives of government servant is also treated as outside influence,” said the directive.
There are about 48 lakh central government employees.