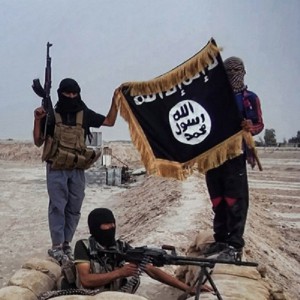 NEW DELHI: In a bizarre incident, the daughter of a former Lieutenant Colonel of the Indian Army fell under the influence of the dreaded Islamic State terrorists, The Indian Express reported.

So much so that according to sources the graduate from Delhi University is planning to go to Syria to fight in the ongoing war. Her father cautioned NIA after getting suspicious and the Intelligence Bureau officials are now handling the matter, trying to counsel the woman.
The former DU student, Hindu by religion, went to Australia for higher studies after graduation. The report indicates that she got radicalised there and was a completely changed person. Radicalisation is a growing problem in Australia. The woman is in her mid-20s.
Two months ago, her father got wind of suspicious activities and alerted the security agencies. She was reportedly in touch with ISIS recruiters. According to the report, the lady was planning to convert and thought of going to Syria via Australia. IB officers are currently interacting with the lady in an attempt to de-radicalise her.

Increasingly, there are reports of Indian youths getting radicalised online by ISIS recruiters. Just a few days ago, an Indian woman who was accused of being an ISIS recruiter was deported by the UAE. Last week, four Indians were deported for being ISIS sympathisers by UAE.
The Indian government believes that as of now ISIS radicalisation in India is not a major problem. However, security agencies are alert to the problem. Instances like this show the root of the problem is deep and can’t be taken lightly.