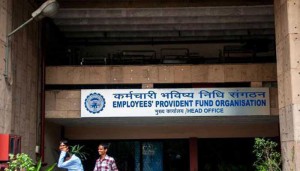 NEW DELHI: Employees Provident Fund  Organisation (EPFO) has decided to change the provident fund (PF) withdrawal rules that restrict employees from withdrawing their entire PF balance till the age of 58.

Finance Minister Arun Jaitley during the Union Budget had announced amendment in the EPF Scheme 1952 to tighten the various norms for withdrawal of provident fund including increasing age limit for filing such claims by retiring employees to 58 years from 54 years.
A report in the Times of India said that the labour ministry has allowed PF withdrawal for housing, major medical treatment for self and family members, medical, dental and engineering education of children, and for their marriage.

Earlier this month EPFO deferred till April 30 implementation of new norms that restrict 100 percent withdrawal of provident fund by members after unemployment of more than two months, among others.
the retirement fund body also restricted withdrawal of PF to own contribution of subscribers and interest earned on that, if the claimant has remained unemployed for more than two months. The member would be able to withdraw employer’s contribution on maturity.
It was stipulated that the requirement of two months’ unemployment will not apply in cases of women members resigning from the services for the purpose of getting married, on account of pregnancy or child birth.
According to the new norms, subscribers will not be able to claim withdrawal of PF after attaining 54 years of age. They would have to wait till attaining the age 57 years.