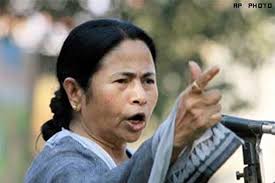 The chief minister also said, “How can the Election Commission transfer and name new officers without consulting the state government,” and, “You will only listen to the Congress…to make the Congress win, BJP win. You will have to take my resignation. I will not remove a single officer, not while I am Chief Minister. Do what you like.”
The EC is yet to officially respond to Ms Banerjee. The commission sources said it would wait for the state administration to transfer the officials. “The EC’s mandate is to conduct free and fair elections…If the officials not transferred then polls can be cancelled in those constituencies,” a senior official said. West Bengal begins polling from April 17 in five phases.While announcing the commission’s decision, the state’s chief electoral officer told reporters yesterday that the EC has sought the transfer of the officials following complaints of bias against them.