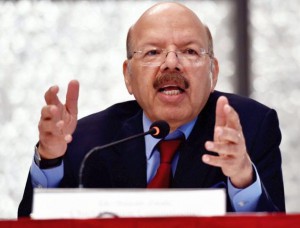 NEW DELHI: Election Commission today announced the schedule for the forthcoming Assembly elections in four States and one Union Territory. The States are Kerala, Tamil Nadu,West Bengal, Assam and Puducherry.
Announcing the poll schedule in New Delhi this afternoon, Chief Election Commissioner Nasim Zaidi said that election in West Bengal will be held in 6 phases in which the polling for 1st phase will take place on 4th and 11th April. Polling for the second phase will be held on 17th April, third phase on 21st April, fourth on 25th, Fifth on 30th April and sixth phase on 5th of May.
Assam will go to poll in two phases on 4th and 11th of April. Tamil Nadu, Kerala and Puducherry will go to poll in a single phase on 16th May. The Counting for all Assembly Constituencies in all five States will be held on 19th of May.
With the announcement of the poll schedule, the model code of conduct has come into force. Mr Zaidi said, more than adequate number of Central Paramilitary Forces will be deployed at all polling locations in the states.
He said, the commission is committed to curb the use of money and muscle power in the poll bound states and for this it has taken several initiatives in this direction. He said, this time in the electronic voting machines, the commission had decided to display photos of the contesting candidates to dispel confusion about the identities of the candidates, as many have similar names. This time a symbol of NOTA will also be provided in the EVMs.
In West Bengal, Trinamool Congress, TMC, president, Mamata Banerjee today expressed displeasure over the Election Commission’s decision of spreading the voting of State Assembly elections into six phases. Announcing the TMC candidates’ list for the elections from her residence in Kolkata, just after the CEC announced the schedule, Ms. Banerjee said termed the schedule as unfair for West Bengal.
She pointed out that in Tamil Nadu, having 234 seats, and Kerala voting will be over in day, and in Assam, a disturbed state, voting will take only two days; while a too long phase of voting schedule had been announced for her state. Ms. Banerjee, however, added that she respected the Election Commission’s prerogative and would not comment against it.
In Assam, several political parties including the BJP, AIUDF, Bodoland People’s Front and Asom Gana Parishad among others have welcomed the poll schedules. Bodoland People’s Front MP Biswajit Daimary has thanked the Election Commission for its decision to hold polls before the Rongali Bihu festival. Polling in Assam will be held in two phases on 4th and 11th of April.

In Puducherry, Chief Electoral Officer (CEO) Dr. V Candavelou today requested all political parties, candidates and officials to abide by Model Code of Conduct which has come in to force in the Union Territory with announcement of elections.
Speaking to media, he said the Office of the CEO is making all arrangements for free and fair elections in the Territory. Puducherry has a total of 9,27,665 voters in its electoral roll.
Elections are being held in all the 30 constituencies in the four territories of the UT in a single phase on May 16th. Puducherry has 23 constituencies followed by Karaikal with 5 constituencies and Mahe and Yanam with one each.
CEO also said that Commission has identified 144 sensitive polling booths of the total 930 polling booths in the state. Puducherry being a expenditure sensitive state, special arrangements are being made to check money power, he said.
Puducherry Public Spaces disfigurement (Prevention) Act will be implemented in letter and spirit. CEO requested all political parties to avoid putting up publicity material in public places.