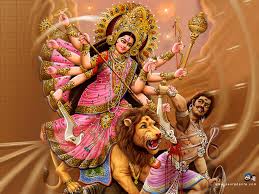 “We cannot reach our readers as there wouldn’t be any distributors available, we’ll have no …editions for four days….’’ Said a newspaper holiday notice on front page! So said front page holiday notices of all papers vernaculars and other languages!

So will banks enjoy a long Puja holiday with often empty ATMs, so will state government offices. “Only God knows what will happen to hospitals and severely and seriously affected patients if doctors are not available,’’ said a retired IAS officer also a heart attack patient.

Speaking to this writer, a veteran journalist and a columnist said: “Even a decade back this wasn’t the trend, though we all enjoyed Puja but we found increasingly political patronisation for collecting booty from local goons has legitimised this anarchic trend.’’

And madness after good wine and liquor, young actresses going half nude in ads have doused Bengal Pujas in Sixteenth century darkness “whence only our old prophets could have saved Bengal,’’ said a priest who is deep into Durga Puja in temples.

The politicians, whether Left, TMC or now BJP have no intentions to put a stop to this trend as it all might end up in huge economic setback for the state but give them respite from media criticism for four days and instead help them collecting of their share of loot from puja pandals.

“Thus I see a touch of economic reform in change of Durga Puja celebrations which even our Left Government couldn’t resist during Congress-led UPA I and UPA II and now we have a new Government whose economic policies aren’t different from economic reform obsessed Manmohan Singh’s, and we have a state Government which is neither left nor right. So how you expect a difference?’’ quipped a top CPI(M) leaders.

Hours of road jams, long queues, young actresses going half nude may not fetch a good news for serious patients or good education for young Bengal, “but who cares as long as (which wasn’t a Bengal) new Bengal’s baser appetite is appeased? Asked an old devotee of Mother Goddess who prefer isolation from this “cultural perversion.’’