PUNE: In a clear snub to Raj Thackeray, the BJP has said it does not want “unsolicited support” from parties who want to ride on a perceived Narendra Modi wave. The party also said its partnership with the Shiv Sena is “unbreakable.”At a public meeting in Pune on Tuesday, Mr Singh said, “Our friendship with Shiv Sena is very old and will continue in future. These days, many parties are taking Modi’s name. Why are you offering your unsolicited support to us? You either become part of NDA (National Democratic Alliance) or merge with BJP.” 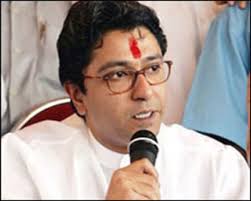 Raj Thackeray, who heads the Maharashtra Navnirman Sena or MNS, has said more than once that after the April-May election, his party will support Mr Modi, the BJP’s prime ministerial candidate.The BJP chief, without naming Mr Thackeray or the MNS, said, “no one should indulge in politics of misleading people.” The unambiguous message to the MNS seems aimed at placating its oldest ally, Shiv Sena, which had reacted angrily to BJP’s overtures to Raj Thackeray last month.
The BJP went all out to reassure an upset Sena Chief Uddhav Thackeray, who even received a call from Narendra Modi.Raj Thackeray, the estranged younger cousin of Uddhav Thackeray, broke away from the Sena in 2005 to form his own party.
The BJP is widely tipped to win the national election, which ends May 12.The feud between the Thackerays is likely to split voters in Maharashtra who are against the incumbent coalition of the Congress and Sharad Pawar’s Nationalist Congress Party. Nitin Gadkari, the former president of the BJP, says that it was to prevent this that he met Raj Thackeray at a five-star hotel in Mumbai, a meeting that left Uddhav Thackeray seething.
Raj Thackeray has announced seven candidates from his Maharashtra Navnirman Sena or MNS  for the national election; six of them take on the Shiv Sena directly.