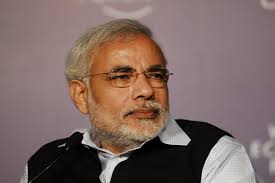 NEW DELHI : With a long queue of ministerial hopefuls at his doorstep, Narendra Modi has reportedly told several MPs not to lobby for berths.On Sunday, Mr Modi reportedly ticked off a delegation of BJP MPs from Karnataka, led by BS Yeddyurappa and Ananth Kumar that they should stop angling for ministries and instead work to strengthen the party in their state.
This morning, BJP’s Manohar Parrikar and Smriti Irani met Mr Modi. So did the party’s Punjab ally Parkash Singh Badal.”Modi needs a reasonable amount of time to build his own team,” Mr Parrikar told reporters.Allies like the Shiv Sena and the Telugu Desam Party will also come calling today, but while they are expecting cabinet slots on the back of good performance in their states, they realize that the BJP has an even better mandate to call the shots.
“I have no expectations. It is up to Modi to decide. My aim is not being a part of cabinet, my aim…my priority is the issue of development and youth raised by Modi,” said Bihar ally Ram Vilas Paswan, reminding that his party had won six of the seven seats it contested in Bihar, in alliance with the BJP.
Mr Modi, who has ruled Gujarat since 2001 and has trumpeted the “Gujarat model” of governance as an example of what he can do for the country, is known to prefer a compact cabinet. “Less government, more governance” is his style, say party men.
The Prime Minister-to-be yesterday met several top bureaucrats including the Home Secretary Anil Goswami. Following these meetings, Cabinet Secretary Ajit Seth has asked key ministries to prepare power point presentations for Mr Modi on what went wrong in their ministries, how they can achieve targets and their budget needs.
“He puts a lot of trust in IAS officers and likes to give them a free hand,” said a BJP leader. “He also prefers a small cabinet that he can rule with an iron fist, and so that he knows what is happening everywhere.”
Led by Mr Modi, the BJP won its biggest mandate ever in the national election, taking 282 seats on its own and 336 with its allies.