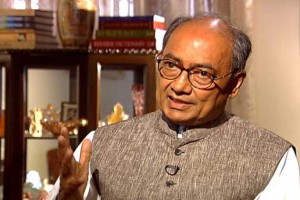 PANJIM: Congress General Secretary Digvijay Singh on Sunday asked Naxals to leave the path of violence and join his party.
“Naxalites should come in the mainstream like Maoists in Nepal, who left the path of violence and came into the mainstream of participatory politics. Naxalites should also do that. If they feel Congress is the right party, then they are most welcome to join the party,” Singh said on the sidelines of the ongoing state Congress ‘Chintan Shibir’ in Goa.
Singh, who had reportedly made a similar statement during the recent Jharkhand poll campaign, was criticised by BJP MP Prahlad Singh Patel in Lok Sabha without naming him.Singh, however, said he is sure about what he had mentioned during the Jharkhand poll campaign.
“What I said? I have said that Naxalites must come out of the politics of violence and should join the mainstream democratic politics. I had said that they should participate in the democracy and at the same time I say they should defeat the politics of communalism, violence and politics of hatred,” he said.
To a question whether he was referring to BJP of doing politics of communalism, Singh said, “I am obviously referring to the BJP.
“They are dividing the society on religious lines, they are inciting communal violence,” he said and added that, therefore, they should be opposed.He accused the Central government of trying to act against the Constitutional provisions and violate the fundamental rights.
Referring to the recent debate on anti-conversion laws, the senior Congress leader said he is against any form of conversion by inducement or by force.”Religion is a personal thing. I feel I should be allowed and should have the liberty to practice any religion of my choice,” he said