NEW DELHI : Senior Congress leader Digvijay Singh, who last month stunned everyone by acknowledging his relationship with Amrita Rai on Twitter, may not marry the TV anchor, reports said on Tuesday.According to the websites of a news channel and a few regional newspapers, the Congress general secretary recently met his spiritual guru Shankaracharya Swami Shree Swaroopananda Saraswati ji to seek blessings for his second marriage. 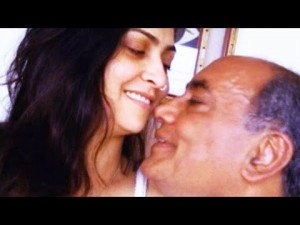 However, the Shankracharaya refused to give his nod to Singh’s second marriage with Rai.During the 20-minute meeting at Paramhansi Ganga Aashram, Swami ji reportedly told the Congress leader that he can give blessings for events that are in public interest not for those that are against the interests of the public.On 30 April, Singh acknowledged his relationship with Rai on Twitter after intimate photographs of the two appeared on the social networking site. He said he plans to wed Rai soon.
Twitter was abuzz with news of the revelation of the affair between Singh, 67, a former chief minister of Madhya Pradesh, and Rai, a TV anchor. Singh had posted two tweets, acknowledging the relationship with Rai.
Twitteratti posted comments, mostly snide ones, after the couple came out in the open about their relationship. Singh’s wife had passed away in February last year after battling cancer. His son is Jaivardhan Singh, a legislator from Madhya Pradesh’s Raghogarh, and he also has four daughters.