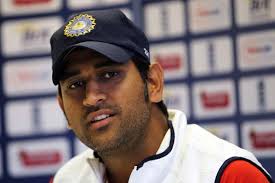 The current state of the Indian team isn`t that bad as it was when they lost 8-0 at the hands of England and Australia. Had it been any other skipper, his career would have ended right there, and he would have been remembered as someone who failed miserably as a captain overseas. But since he was Mahendra Singh Dhoni, he stayed.
There have always been questions raised on his technique in Test cricket. When India toured England last time around, he scored two brisk half-centuries and salvaged some pride for the team. But when India toured South Africa and New Zealand earlier this year, neither did the Indian team win any Tests, nor did their skipper play a captain`s knock. While Ajinkya Rahane, Virat Kohli and Cheteshwar Pujara slammed pivotal centuries in the two tours, Dhoni managed to hit just one half-century – 68 against New Zealand at Wellington. In South Africa, his highest score in four innings was 29.
At that stage, there were several contenders to replace Dhoni as the Test skipper, especially Virat Kohli, who had hit two centuries and as many half-centuries in South Africa and New Zealand. Most cricket experts wanted Kohli to take over, but Dhoni stayed.
By the end of the third Test in the recently-concluded five-match series against England, the knives were out and the voices calling for Dhoni`s head began to grow again. But, as he has done on so many occasions over the years, the skipper played two crucial knocks at a time when his team`s established Test specialists surrendered before English pacers.
At Manchester, he scored significant 71 runs after India were off to a poor start having lost their top four batsmen for just eight runs. His innings in the final Test was even more crucial as he scored 82 as the team was bowled out for 148. By the end of the series, Dhoni scored four half-centuries.
Yes, all those knocks were important, but where does Dhoni stand as a Test skipper when you compare him with counterparts like Michael Clarke, Hashim Amla and Alastair Cook? Some might argue Cook`s case, but if we keep aside his form of late, Cook has scored about 4, 000 runs away from home with 14 centuries!
India have lost five consecutive overseas series under Dhoni`s captaincy and how long can we expect him to be a part of the team? He did score four half-centuries against England, but when did he score a ton overseas? Time and again, how can we just keep enduring enormous failures under his captaincy? There is no question about his ability as an ODI batsman and captain, but we just cannot let Indian cricket move in the direction it is going at the moment.
Appointing Ravi Shastri as the Team Director might help, sacking Duncan Fletcher might help too, but how are these changes supposed to work when a skipper, who has played 88 Tests, is yet to slam a ton away from home and has won just three overseas series (against Bangladesh, New Zealand, West Indies) during his seven-year tenure?
The current argument would be, who is ready to replace Dhoni as the Test skipper? This is something the BCCI officials will have to decide. They need to give the charge to a player who is assured of his place in the Test team purely on the basis of his performance.
Virat Kohli has had just one bad series and suddenly his case to stake claim for India`s Test captaincy seems to have weakened. My argument would be, how can Dhoni continue as the Test skipper after failing in five successive overseas Test series? What message is he giving to the youngsters who are sweating it out day in and day out for a place in the Indian team?
India will play West Indies in a while. Dhoni is likely to enhance his record at home. But in December, India will once again leave for an overseas tour against the Aussies. Considering their past record down-under and the resurgence of an aggressive Australia under Clarke`s captaincy, the chances of a good show are bleak.
Desperate times call for desperate measures. India are definitely going through a turbulent phase. They need a captain with a better technique, with a positive mindset to get them out of this horrendous period. MS Dhoni, despite his overcrowded trophy-cabinet, is certainly not the right man to be in chargeof the Indian Test team going forward.