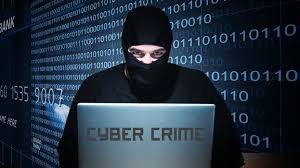 NEW DELHI: Cybercrime cases in India rose 69% in 2014 year-on-year with 9,622 cases registered under the IT Act and related sections of Indian Penal Code (IPC), Parliament was informed on Friday.
“A total of 3,477 cases, 5,693 cases and 9,622 cases were reported under total cyber crimes (which includes cases reported under the IT Act and related sections of IPC and Special and Local Laws (SLL) involving computer as medium/target) during 2012, 2013 and 2014, respectively, showing a rising trend,” Minister of Communications and IT Ravi Shankar Prasad said in a written reply to Rajya Sabha.

However, no separate data is maintained by the government with regard to online frauds by shopping portals, he added. The minister said complaints regarding unethical practices by e-commerce companies are handled under the Consumer Protection Act 1986, which deals with all fraudulent activities faced by the consumers. Responding to a separate query, Prasad said the Department of Electronics and Information Technology (DeitY) has approved a project titled ‘Information Security Education and Awareness’ (ISEA) Project Phase II in 2014.
The project, with an outlay of Rs 96.08 crore for a period of five years, aims at capacity building in area of information security, training of government personnel and creation of mass information security awareness targeted towards various user segments, namely academic and general users.
“The implementation of the academic activities under ISEA Project Phase II is carried out by 51 institutions across the country at three levels — Information Security Research and Development Centre (ISRDC – 4 institutions); Resource Centre (RC), 7 institutions; and Participating Institute (PI) – 40 institutions,” he said. Under academic activities, it has been decided to train about one lakh persons in various formal and non-formal courses and faculty training programmes, Prasad added.
In addition, the project also envisages to train more than 13,000 government officials and spread mass awareness on information security to cover around three crore person through direct and indirect mode, he said.