NEW DELHI : Observing that there can be no protection to corrupt public servants, the Supreme Court on Tuesday held as invalid and unconstitutional Section 6A of the Delhi Special Police Establishment Act providing for prior sanction for the CBI to prosecute senior bureaucrats in corruption cases.
A five-judge Constitution Bench comprising Justices R.M. Lodha, A.K. Patnaik, S.K. Mukhopadhaya, Dipak Misra and Ibrahim Kalifulla held that Section 6A of the Act, which granted protection to joint secretary and above level officers from facing any CBI inquiry in corruption cases was violative of Article14 of the Constitution.
Chief Justice Lodha, who wrote the judgment, said “This provision on the face of it is not valid. It grants absolute protection to corrupt officers from prosecution. They don’t need a shield like this merely because they are likely to be harassed.” 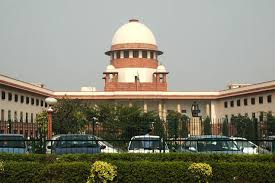 The Bench pointed out that while joint secretary-level and above officers working in the central government were granted protection from prosecution, the same level of officers working in the States were not granted such protection. Such discrimination was not permissible. Corrupt persons irrespective of the status should be treated equally and no discrimination whatsoever was permissible, when the mandate of the Prevention of Corruption Act was to eliminate corruption.The Bench said corruption was an enemy of the nation and cracking down corruption was the responsibility of the CBI. To prevent CBI from even conducting a preliminary enquiry against corrupt public servants would lead to serious consequences, the bench said.
It said crime-doers could not be distinguished on the basis of senior-level or junior-level officers. The Bench allowed a batch of petitions filed by BJP leader Subramanian Swamy and Centre for Public Interest Litigation challenging the validity of Section 6A of the DSPE Act.