NEW DELHI : The Congress today slammed the government’s top lawyer, Attorney General Mukul Rohatgi, who has reportedly told the Speaker that the party is not entitled to the post of Leader of the Opposition. Calling the Attorney General a “political appointee,” the party’s senior leader Anand Sharma said today that it was unfortunate that he has given an opinion “to please the political masters.” “His justification to deny the office of Leader of Opposition to the Congress cannot stand the scrutiny of law,” he added. 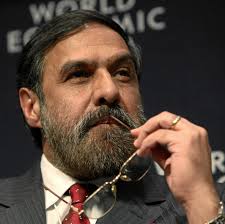 The Congress has 44 members in the Lok Sabha. The new BJP government has said it is following guidelines that the single largest Opposition party must have a tenth of the 543 seats in the House to claim the post of Leader of the Opposition. Contesting the view, Mr Sharma added that the law that defines Leader of the Opposition “does not talk about the 10% rule at all.”
The government had said that Speaker Sumitra Mahajan would decide on the Congress’ petition – which was signed by 60 parliamentarians, including the party’s allies like Sharad Pawar’s Nationalist Congress Party.Sources say the Attorney General shared his opinion with the Speaker in writing yesterday. Speaking about the Speaker, Mr Sharma said she is “under the pressure” of the BJP government.
Despite some leaders’ threats, the Congress has not taken its case to court. Mallikarjun Kharge is the leader of the Congress in the Lok Sabha.  Recently, Congress president Sonia Gandhi said, “We are the single largest party and we have a pre-poll alliance. Hence, we are entitled to get the post of leader of opposition in Lok Sabha.”
Sources said that the Attorney General has underscored that the First Speaker of the Lok Sabha, Ganesh Vasudev Mavlankar, had said that the Leader of the Opposition must belong to a party whose MPs match the quorum of the house – 55 law-makers. Mr Rohatgi said that policy has been followed for nearly 60 years, and meant that there was no Leader of Opposition at different times.
The Leader of the Opposition is a part of important committees headed by the Prime Minister which are in charge of selecting key appointees like the national ombudsman, the Lokpal, and the Chief Vigilance Commissioner to handle cases of corruption against those in office.