NEW DELHI : Exit polls predict a rout for the Congress and its senior leaders have now rushed to cushion party vice president, Rahul Gandhi, who led the election campaign, from the impact of a possible crushing defeat.One union minister Kamal Nath made clear that the “results will be based on government performance and Rahul Gandhi is not a part of the government.” 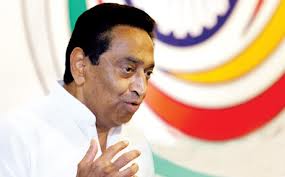 Another, Jairam Ramesh, seen as part of Mr Gandhi’s core group of advisors, said, “Mr Gandhi was an indefatigable campaigner. He held 125 rallies, went to every state. He brought the spirit to our campaign.” Mr Ramesh said it was the Congress’ “gameplan, well thought out,” that it would not project a personality, alluding to rival BJP’s campaign being built around the persona of Narendra Modi, its prime ministerial candidate.
The Congress did not name Mr Gandhi as its presumptive PM, but senior leaders have been clear that the 43-year-old would get the top post if the Congress won a third term at the Centre.The BJP, which most exit polls say is on course to get a majority in parliament, today predicted that the Congress will find its scapegoat in Prime Minister Manmohan Singh in its attempt to protect party president Sonia Gandhi and her son Rahul from criticism.
“The mantra in the Congress is to blame others in case of something bad while giving all the credit to the Congress President and Vice-President. Therefore, the PM will be blamed and others too. There will be talk about collective responsibility,” BJP spokesperson Prakash Javadekar said. Yesterday, even before exit polls aired, Congress spokesperson Shakeel Ahmed had said, “Rahul Gandhi is not in the government. All of us should be accountable.”
Votes will be counted on Friday, May 16. Members of the Congress have pointed to how wrong exit polls were in 2004 and 2009, when they grossly underestimated the Congress’ performance. “They will be proved wrong like they were in 2004 and 2009. The Congress will do far better and the BJP not as good,” Mr Ramesh said.