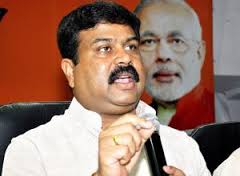 NEW DELHI : With the oil marketing companies’ (OMCs’) loss on sale of diesel coming down to Rs 2.80 a litre, many might be thinking a full decontrol of the fuel’s price is on the cards. But it appears OMCs are unlikely to be given the freedom to raise prices on their own even after the underrecovery is wiped out.Senior officials told Business Standard the petroleum ministry was planning to seek the Cabinet’s approval to maintain some administrative control on diesel after the underrecovery on the fuel became zero. This, according to them, is because diesel accounts for 44 per cent of the country’s consumption of petroleum products and any significant increase in its price could have an immediate cascading effect
Since January 17 last year, the price of diesel in the country has been increased in a phased manner – by 45-50 paise every month – to bring it closer to global rates. According to officials, the ministry wants the OMCs to be given only partial freedom to raise diesel prices after the underrecovery is fully offset.
Though a final call will be taken by the Cabinet, the Narendra Modi-led central government, which came to power on a pro-poor plank, is likely to approve the ministry’s proposal. Initial indications are that the price rise cap might stay close to the current 50 paise a month. At present, OMCs are required to take the government’s approval before effecting any rate increase beyond 50 paise a litre.
The total underrecovery on sale of sensitive petroleum products stood at Rs 1,39,869 crore in 2013-14. Of this, Rs 62,837 crore was accounted for by diesel alone. With a stronger rupee and some easing in crude oil prices, the underrecovery on these petroleum products is expected to come down to Rs 100,000 crore this year (going by the current rates). Last month, when the revenue loss on sale of a litre of diesel was Rs 4.41, the underrecovery on sale of the fuel was estimated at Rs 35,000 crore for this financial year. The figure would further come down if the revenue loss is completely wiped out by December.
“Once the diesel price is on a par with the market rate, we will take the proposal to the Cabinet. Unlike petrol, the government does not want to let diesel completely off the hook, as a huge market fluctuation might affect other sectors, too. The cap on price hike will be a political decision,” said an official close to the development.
If the diesel price was to be fully decontrolled, companies like Essar Oil and Reliance would have been more bullish on the fuel retail segment. “A fully decontrolled regime might even lead to price wars, where private-sector players could approach the competition commission. This is just an initial plan… it remains to be seen what the prime minister decides,” said another official.
“The country has, with great difficulty, reached a combination of three factors – stable international prices, a strengthening rupee and the continuation of a monthly price hike. Once the underrecovery becomes zero, prices should move in sync with the actual movement in crude oil prices and foreign exchange rates – like petrol. We don’t want the country to go back to a situation where there is an accumulated underrecovery again. This will be an easy decision for the government, since it doesn’t have any pressure from coalition partners,” said Debasish Mishra, senior director, Deloitte India.
According to the Petroleum Planning and Analysis Cell (PPAC), the underrecovery on diesel in the first fortnight of June will be Rs 2.80 a litre, down from Rs 4.41 a litre in the second fortnight of May.
IndianOil Corp, Bharat Petroleum Corp and Hindustan Petroleum Corp are incurring a combined daily loss of about Rs 262 crore on sale of diesel, kerosene and domestic LPG below market rates. This is less than the Rs 318 crore daily loss the previous fortnight
It was the United Front Alliance, backed by the Left parties, that had first decided to dismantle the administered price mechanism in the petroleum sector in 1997. The National Democratic Alliance freed both petrol and diesel prices in April 2002, before putting the decision on hold ahead of the 2004 general elections. However, petrol prices were decontrolled in June 2010 by the United Progressive Alliance government to counter zooming underrecoveries.
Talking to the media on diesel price hike while taking charge late last month, Petroleum Minister Dharmendra Pradhan had said: “Modiji has dedicated this victory to the poor and has already said his government will work for betterment of the poor. This will also be my ministry’s guiding principle.”