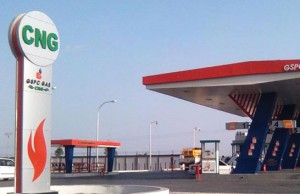 NEW DELHI: The price of domestically produced natural gas has been cut by a steep 20 per cent to $3.06 per unit from $3.82, reflecting a fall in global rates, Reuters reported, quoting sources. The price cut will be effective from April 1, the report said.
The cut will bring down the price of compressed natural gas (CNG) used in automobiles and piped natural gas (PNG) used for cooking purposes.
As per the new gas pricing formula approved by the NDA government in October 2014, gas prices are to be revised every six months. Natural gas prices were last cut on October 1 by a steep 18 per cent to $3.82 per million British thermal units (mmBtu), from the $4.66 per mmBtu.
As per the formula, rates are to be determined on a semi-annual basis and calculated based on a volume weighted average of rates in gas surplus nations of the US, Canada and Russia, based on the 12-month trailing average price with a lag of three months. Natural gas prices have fallen globally in the past six months.
The downward revision in gas prices is likely to dent government’s revenues as well as hurt profit of producers like ONGC. However, it will also lower the input costs for fertiliser and power companies.