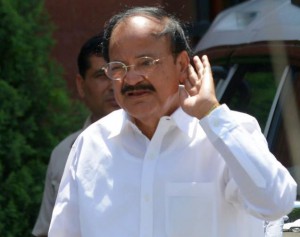 NEW DELHI: The Centre will take a decision on declassification of files related to Netaji Subhash Chandra Bose only after studying its impact on India’s relations with other countries, Union Minister M Venkaiah Naidu said here on Saturday.
“The West Bengal government has made public certain confidential files related to Netaji. It is good… it needs to be studied what is there in those files before the Centre takes such a decision, its impact on the international community, our relations with other countries, neighbouring countries, needs to be studied.
“The Centre will have to take a final decision after studying that. I personally feel that people of the country have the right to know the truth on the Netaji issue.
The government will think of it and decide how and when to do it,” the Parliamentary Affairs minister told reporters here on the sidelines of an event.
Seventy years after his mysterious disappearance, 64 files running into nearly 13,000 pages were declassified on Friday which shows some of Netaji’s family members were spied upon in independent India.However, there was no clarity on whether Bose died in an air crash in 1945 as is widely believed.
Tucked away in police and government lockers for decades, the files that comprise 12,744 pages were declassified by West Bengal government in the presence of Bose’s family members, who have been demanding that information on Netaji be made public.

The files have been kept inside glass cases at the Kolkata Police Museum before they are made accessible to the public on Monday.
West Bengal Chief Minister Mamata Banerjee has demanded that the Centre declassify files pertaining to the nationalist leader and said that it is unfortunate that the mystery of Netaji’s disappearance has remained unresolved for 70 years.
Some of Netaji’s family members have rejected the theory that he had died in a plane crash in Taihoku airport in Taiwan on August 18, 1945.