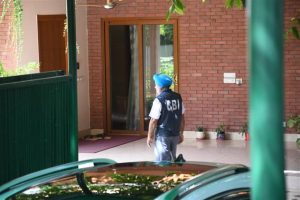 NEW DELHI: The Central Bureau of Investigation(CBI)  on Friday morning conducted raids at multiple locations across several states, including Delhi Deputy Chief Minister Manish Sisodia’s residence, in connection with Delhi Excise Policy 2021-22. CBI officials and a CRPF officer team went inside the residence for investigation.
A few weeks ago, Sisodia had written to the CBI as he claimed that former lieutenant governor Anil Baijal had unexpectedly changed his stance on opening of liquor shops in unauthorised areas.“The cabinet’s policy was earlier cleared by former LG, but the decision was later revoked. This led to losses worth thousands of crores. Why was this decision taken? I hope the CBI carries out a fair probe,” he had said. Delhi Lieutenant Governor V K Saxena had recommended a CBI probe into the Kejriwal government’s Excise Policy, 2021-22, over alleged violations of rules and procedural lapses.

The CBI inquiry was recommended on Delhi Chief Secretary’s report filed in July, showing prima facie violations of GNCTD Act 1991, Transaction of Business Rules (ToBR)-1993, Delhi Excise Act-2009, and Delhi Excise Rules-2010, they said. Apart from this, there were also “deliberate and gross procedural lapses” to provide post-tender “undue benefits to liquor licensees”, said the officials. “The CBI is here. They are welcome. We are extremely honest, and determined to make the future of millions of children. It is very unfortunate that those who do good work in our country are harassed like th 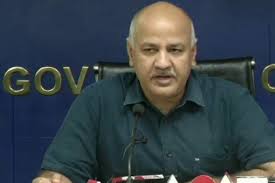 is. That is why our country has not yet become number one,” Sisodia tweeted in Hindi.

Reacting to the development, chief minister Arvind Kejriwal said the CBI raid at his junior colleague’s house was the result of their good performance which is being appreciated globally. He said there were CBI raids before and nothing will come this time as well.“The day Delhi’s Education model was appreciated and Manish Sisodia’s photo appeared on the front page of America’s biggest newspaper NYT, the Centre sent CBI at the residence of Manish. “CBI is welcome. Will extend full cooperation. Earlier also there were raid and probe. Nothing came out. Nothing will come out now also,” Kejriwal tweeted.
The Delhi government had announced to roll back the Excise Policy 2021-22 on July 30, two days before the expiry of the new liquor policy. The Delhi Excise Policy 2021-22, which was implemented in November last year, changed how alcohol was sold in the city, with the government withdrawing from the business and allowing only private operators to run liquor shops.
The national capital was divided into 32 zones inviting firms to bid for a license. A total of 849 retail vendors were issued licenses through an open bidding exercise by the excise department. Besides Manish Sisodia’s home in Delhi, the CBI carried out searches in 20 locations across seven states. Former Delhi Excise Commissioner A Gopikrishna’s home in Daman and Diu was also searched, officials said.
Arvind Kejriwal, who had predicted that Mr Sisodia would be targeted by probe agencies, tweeted: “Welcome to CBI. Will cooperate fully. Nothing came out. still nothing will come out.”
(With Bureau Inputs).