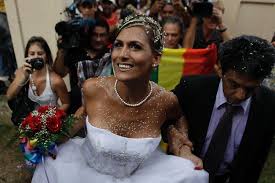 NEW DELHI : Gay, lesbian and bisexual people cannot be categorized as transgender, the Centre has argued in the Supreme Court while seeking clarification on its ruling earlier this year that transgenders should get benefits from the government in jobs and education. The Centre on Wednesday filed an application asking the court to modify its order and clarify the definition of “transgender”
.Can’t Club Gay, Lesbian and Bisexual With Transgender: Centre to Supreme Court The court, in a landmark judgement in April, acknowledged a third gender that is neither male nor female, and asked the government to make sure that transgenders get job quotas and facilities including a voter card, passport and driving licence.
For this, the court said, transgender people should be included in the ‘OBC’ or “Other Backward Castes’ category. That verdict had led to confusion, the government said in its application. “Universally, the term LGBT is used for lesbians, gays, bisexuals and transgenders. While it may be possible for some transgender persons to also be gay, lesbian or bisexual, that is only an individual’s sexual orientation and would not result in a lesbian, gay or bisexual by themselves per se becoming a transgender,” it said. It also argued that all transgenders can’t be clubbed in the backward castes category as it would create practical and political problems. 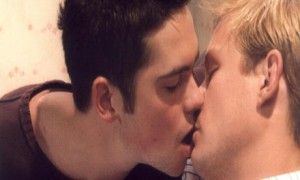 “Caste is determined by birth,” it said. The Centre’s move comes as rights groups are waiting for a decision on an ongoing case challenging the ban on gay sex in India. In December, the Supreme Court had set aside a Delhi High Court judgement lifting a colonial era ban on gay sex in India, and left it to Parliament to change the law. The court later agreed to hear a petition challenging its decision in open court.