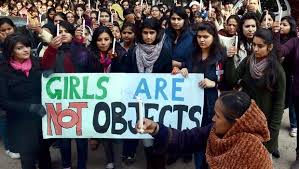 NEW DELHI : The union cabinet is expected to take up proposed changes in legislation through which minors above 16 accused of crimes like rape will be tried as adults. A draft bill amending the Juvenile Justice Act has been approved by the law ministry. It says juveniles above 16 will be considered “adults” when they have been accused of rape or equally severe crimes.Under the current law, a Juvenile Justice Board decides if a minor accused should be sent to an observation home or tried in an adult court.
Changes in the law were spurred by outrage after a minor convicted in the fatal gang-rape of a student in Delhi in December, 2012, was tried in a juvenile court last year and sentenced to three years in a reform home.The convict was just a few months short of 18 when he and five others assaulted a 23-year-old physiotherapy intern in a moving bus, gang-raped her and tortured her with an iron rod. She died of her injuries a fortnight later, leaving a nation shocked and angry and setting in motion major changes in laws on crimes against women.
Six men were arrested, including the minor. Of the others, Ram Singh, the alleged ring-leader, was found dead in his prison cell and four others have been sentenced to death.The juvenile’s lighter punishment sparked a debate on whether India is soft on young offenders.The girl’s parents moved Supreme Court, but their request that the youngest convict be tried and punished as an adult was rejected in March.
Women and Child Development Minister Maneka Gandhi had said last month that “50 per cent of all sexual crimes are committed by 16-year-olds who know the Juvenile Justice Act so they can do it.”

A section of human rights activists, however, warn that each case must be treated individual and children under 18 should be given a chance to reform; many of them, they argue, come from poor families and have suffered abuse.