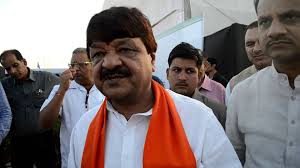 NEW DELHI: BJP leader Kailash Vijayvargiya has retracted his tweets against film star Shah Rukh Khan, saying his comments were misunderstood. Yesterday, Mr Vijayvargiya’s tweets saying the actor’s “heart lies in Pakistan” were widely criticised, including by his own party.
“I did not intent to hurt anyone. I take back my tweets,” Mr Vijayvargiya tweeted this morning. The 59-year-old also said, “Shah Rukh wouldn’t have been the most popular actor after Amitabh (Bachchan) had India been intolerant. My tweets were misunderstood by some.” 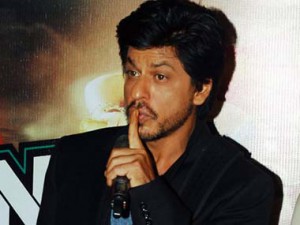 On Tuesday evening, Mr Vijayvargiya, BJP General Secretary and a former Madhya Pradesh minister, tweeted, “Shah Rukh Khan lives in India, but his heart is in Pakistan. His films make crores here but he finds India intolerant.”
“I condemn his comments outright,” said union minister and BJP leader Prakash Javadekar soon after, pointing out that Mr Vijayvargiya is not a BJP spokesperson and so does not speak for the party.
Senior minister Venkaiah Naidu said this morning that he had not seen Mr Vijayvargiya’s remarks, but asserted, “It is not view of the party. We all admire Shah Rukh Khan.”
Congress leader Digvijaya Singh tweeted today, “Kailash Vijavargiya National Gen Secy BJP- ‘Shah Rukh Khan is a Traitor’ Do Modi and Amit Shah endorse his opinion?Would they act against him?” He demanded that Prime Minister Narendra Modi “personally apologise” to the actor.
Other parties also slammed the BJP leader. “Sickening remarks against @iamsrk by BJP national gen sec also in charge of Bengal.What attitude is this: everyone is bad & only u r good? (sic)” tweeted Trinamool Congress leader Derek O’Brien.
And Delhi Chief Minister Arvind Kejriwal sent the actor a message of support. “We r all proud of you.@iamsrk Hope your words help to make a tolerant, inclusive and progressive India (sic),” Mr Kejriwal tweeted.
Shah Rukh Khan had, on Monday, his 50th birthday, said, “Religious intolerance, or intolerance of any kind, is the worst thing and will take us to the dark ages,” supporting the many writers, filmmakers and others who have returned awards in protest after incidents of mob attacks over rumours of beef eating and cow slaughter and killings of noted rationalist writers.