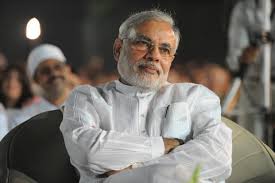 NEW DELHI : Bharatiya Janata Party (BJP) leaders are convinced Narendra Modi would be the next Prime Minister. What they have come to dread is a repeat of 1996. There was enough to suggest during the party’s manifesto release on Monday that Modi and party president Rajnath Singh were worried about the National Democratic Alliance falling a crucial 40 to 50-seats short of the simple majority mark of 272.
In 1996, the BJP was the single largest party. It won 161 seats. The Congress was the second largest party with 140 seats. President Shankar Dayal Sharma invited party leader Atal Bihari Vajpayee to form the government.Vajpayee took the oath of office in the hope that many regional parties would gravitate towards the BJP once it formed the government. Unfortunately, few did and Vajpayee quit after an impassioned speech on the floor of the Lok Sabha, decrying the ‘untouchability’ that other political parties practiced against the BJP.
This fear of untouchability has raised its head again within the BJP. On Monday at its manifesto release function party president Rajnath Singh claimed NDA comprised 25-parties. He said the BJP has proved wrong those  political analysts who had prophesied the party would become an “untouchable” yet again if it were to anoint Modi as its prime ministerial candidate.
But most of these 25, or 28 as the party claimed a day later, are fringe groups like UP’s Apna Dal. These can at best win a seat or two in alliance with the BJP but not on their own. The BJP has failed to win any significant new pre-poll allies barring the Telugu Desam Party (TDP) and Ram Vilas Paswan’s Lok Janshakti Party. The latter, however, had no seats in the outgoing Lok Sabha. BJP’s traditional allies Shiv Sena and Shiromani Akali Dal have remained with the NDA. Its other important allies are all in Tamilnadu, like the MDMK and PMK. But an overwhelming number of NDA’s 28-parties aren’t expected to get more than a seats each or not even that.
Party leaders fear that the NDA may still fall a crucial 30 to 40-seats short of majority and may need at least two more important regional parties to support the government. Singh’s effort were to reach out to post-poll allies. The manifesto also has indicated a BJP-led government’s willingness to issue funds for eastern states (as different from north eastern states). This is the party’s outreach to such allies as Biju Janata Dal and Trinamool Congress.
The BJP is confident that President Pranab Mukherjee, just like President Sharma in 1996, would have little option but to invite the leader of the largest party and alliance to form the government, and that given the current state of the election would be the NDA. But party leaders are apprehensive about conjuring up those additional 30 to 40-seats.
J. Jayalalithaa’s AIADMK is a possible ally but the party’s 1998 experience tells it that ‘Amma’ can be unpredictable. The DMK, AIADMK’s rival in Tamilnadu, has snapped ties with the Congress and is a potential ally but may not win as many seats as Jayalalithaa. Similarly, Didi that is Mamata Banerjee could be a difficult ally. Her Trinamool Congress was part of Vajpayee’s government but the situation was different then. The Left government was going strong in West Bengal while Banerjee’s nascent Trinamool had fought its first few elections. Banerjee needed support from the Centre to fight the Left in the state.
Now, Banerjee runs a government, faces an election in barely two years time in 2016 and would need to factor in the reaction that her possible support to a Modi government may have on the approximately 25% Muslims in Bengal. Behenji or Mayawati’s Bahujan Samaj Party (BSP) may have similar compulsions in joining an NDA government and at best support it from outside. Biju Janata Dal chief Naveen Patnaik is yet to overcome his aversion to the Sangh Parivar after the Kandhamal riots of 2008.
The events of 1996, therefore, loom large. That year also remembered for the CPM refusing to let Jyoti Basu become the PM. Basu later termed it a “historic blunder”. But that had paved the way for H.D. Deve Gowda to be the country’s surprise PM.