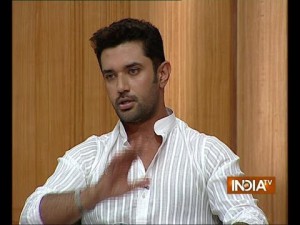 NEW DELHI:  The BJP and its allies fed each other publicly to celebrate a major milestone in their alliance for Bihar did not hit the sweet spot.
Evidenced this morning with Chirag Paswan announcing his party, the LJP, is “shocked” with how the BJP has divided up seats for the election that begins next month in Bihar.
“Our cadres expressed their surprise, we were not given what we had been told,” said Mr Paswan, whose father, Ram Vilas Paswan, is a union minister. The 32-year-old said the alliance “remains united”, his party is not upset about the seats given to another partner, Jitan Ram Manjhi, and that he has been assured by top BJP leaders that any concerns will be addressed.
The BJP has traditionally been supported by upper caste voters in Bihar. For this election, where it hopes to displace Nitish Kumar as Chief Minister, it has collaborated with Mr Paswan and Mr Manjhi who are hefty Dalit leaders with competing claims of popularity. Mr Manjhi was yesterday assigned 20 seats after he rejected a smaller portion.
Mr Paswan was given 40. In earlier negotiations, Mr Manjhi had reportedly pointed out that Mr Paswan is being over-compensated because he did not win a single seat in the last Bihar election.The BJP has kept 160 seats for itself, while allocating 23 to Upendra Kushwaha, a leader of the Koeri backward caste.
The BJP and its allies are taking on the trio of Nitish Kumar, who wants a third term as Chief Minister, the Congress and Lalu Prasad’s party.
Mr Manjhi, belonging to the most backward caste of Dalits or Mahadalits, was a leader of Mr Kumar’s party and was made Chief Minister after Mr Kumar took responsibility for his party’s disastrous result of the parliamentary elections in Bihar. Mr Manjhi was expelled for refusing to make way for Mr Kumar’s return to office in March and then founded his own party.