PATNA: The first phase of the Bihar polls concluded with some interesting figures. The percentage of women voters (59.5%) surpassed that of men (54.5%). A similar voting trend was witnessed in the 2010 assembly elections, when it went in favour of Nitish Kumar. 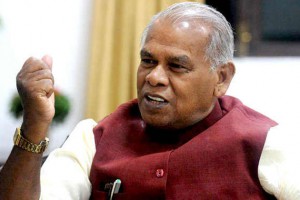 However, this time, even as the first round of polls concluded, pundits are finding it challenging to predict who has won more favour. Another encouraging outcome of the first phase is the significant 6% increase – 57% as compared to 51% in 2010 – in the voter turn out for the 49 constituencies.
The next and second phase of elections begins on Friday morning. Spread across six Naxal-hit districts, around 86 lakh voters (close to 46 lakh male voters and about 40 lakh female voters) of 32 assembly constituencies will decide the fate of 456 candidates, including 32 female candidates. 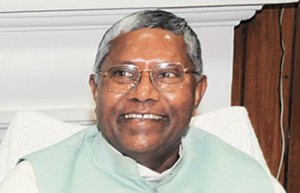 Voting will start at 7 am in all constituencies. But keeping in mind the sensitive areas, the Election Commission has decided to conclude voting by 3 pm in 11 constituencies and by 4 pm in 12 constituencies, while 9 seats would have scheduled voting from 7 am to 5 pm.Let’s take a look at some interesting facts, key contests and important faces for the second phase of the Bihar polls.
Key Facts

Key Faces
Jitan Ram Manjhi: He is contesting from two assembly constituencies i.e. Makhdumpur and Imamganj. A sitting MLA from Makhdumpur, Manjhi was a part of JD(U) when he was elected. The seat traditionally belongs to RJD and earlier Janata Dal, both of whom were runners-up when they lost in 1990 and 2005 (which RJD eventually won in the re-election the same year) and then in 2010. Even in the last election, it was a marginal victory for Manjhi, who was only 5,000 votes ahead of RJD’s Dharmraj Paswan.

RJD’s Subedar Das will be facing off with Jitan Ram Manjhi here. It’s easy to understand why Manjhi chose to contest from another seat Imamganj – which is not going to be a cake walk for the NDA ally either. A look at the next candidate will help you understand why.
Uday Narayan Chaudhary: He’s a very senior leader of the JD(U) who also happens to be the sitting MLA from Imamganj and has enjoyed the voters’ support since 2000 from this seat.In all previous elections, RJD has always been the runner-up here. If the trends remain similar and if even a few thousand RJD voters show their loyalty towards the grand alliance, Manjhi’s game can get very difficult.
Prem Kumar: An MLA from Gaya town since 1990, Prem Kumar has been popular with voters, with his winning margin rising from a mere 5,000 in 1990 to a huge 28,000 in 2010.
In a very surprising move, BJP’s national spokesperson Shahnawaz Hussain declared Prem Kumar as the chief ministerial candidate from the NDA on October 12, when voting for the first phase was going on. However, no supporting statements were made by other BJP leaders.
CPI has been runner up in this seat most of the time. It can be easily understood why the Grand Alliance gave out this seat to its weakest ally, Congress.
Ilyas Hussain: A veteran leader of RJD, Mohammad Ilyas Hussain once enjoyed the voters’ support from Dehri for about 15 years from 1990 to 2005. Even during the 2005 assembly election when there was a hung assembly, Hussain was elected an MLA from Dehri with a margin of about 23,000 votes. But during the re-election, he was badly defeated by an independent candidate named Pradeep Kumar Joshi who defeated him with a margin of 43,000 votes.
Joshi is a right-wing communal face who openly asks Muslims to go away from his rally. Convicted in a criminal case, Joshi fielded his wife Jyoti Rashmi Joshi in 2010 who defeated Hussain once again, but with a comparatively lesser margin of 10,000 votes.
BJP and LJP also have a moderate support in the seat, but will that be enough for Jitendra Kumar of Rashtriya Lok Samta Party (RLSP) of the NDA? If NDA succeeds in distracting Joshi’s supporters, Hussain might have a chance, but it’s a tough call.
Gopal Narayan Singh: Former BJP state president for Bihar is set to contest after a very long time from Nabinagar. He was denied a ticket from the party in the Lok Sabha polls. It will be a face off between JD(U) and the BJP as Singh will fight JD(U)’s sitting MLA Virendra Kumar Singh. Apart from 2010, JD(U) could never win from here. Similarly, BJP has never been a winner or a runner up from Nabinagar so far. 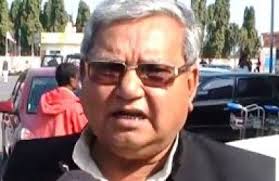 RJD and LJP, on the other hand, have often been strong contenders here.
Santosh Kumar Suman: While Ram Vilas Paswan’s son Chirag Paswan has already made his debut and Lalu Yadav’s sons Tejaswi Yadav and Tej Pratap Yadav will be tested in this election, Jitan Ram Manjhi also seems desperate to nurture his son Santosh Suman’s career. He is contesting from Kutumba assembly constituency that came into existence in 2008 on the order of the Delimitation Commission of India. This seat is reserved for SCs.
In 2010, JD(U)’s candidate Lalan Ram won from here, although this time, the grand alliance decided to allocate this new seat to Congress. They have fielded Rajesh Kumar, son of Dilkeshwar Ram, a former MLA and a senior Congress leader.
The contest in Kutumba has a third angle too, in form of Suresh Paswan, who rebelled from BJP and is contesting from here as an independent candidate. He was promised a ticket from Kutumba, but later the NDA allocated the seat in favour of HAM(S).
Mundrika Singh Yadav: A veteran RJD leader, Mundrika Singh Yadav is contesting from Jehanabad, which was a RJD stronghold until the 2010 assembly elections. Yadav was recently featured in a video clip, allegedly taking a bribe. The fight on this seat in the last two assembly elections had been between the RJD and  the JD(U) and if voters of both parties remained loyal to their parties, it can be an easy win for the grand alliance. 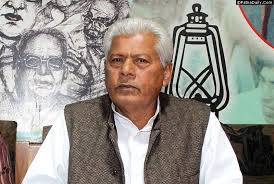 From the NDA, Praveen Kumar of RLSP will be leading the fight here. It will be interesting to see if PM Narendra Modi’s rally on October 12 makes any difference on the Jehanabad seat.