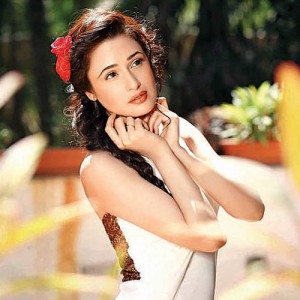 MUMBAI: Among the ones nominated this week, it’s Yuvika who has been ousted from the show.Their love story just started blooming but before it could reach the perfect culmination, viewers pulled down the curtains on their brewing triangle love affair. Why? Prince and Rishabh are both besotted by Yuvika and we hear that this week, Yuvika has been evicted from the show.

While she was nominated along with Aman Verma, Rimi Sen, Mandana Karimi and Digangana Suryavanshi, Mandana received the highest number of votes yet again and was considered safe. Rimi too has been consistently getting a good number of votes which is why she has survived the evictions for the last few weeks. Among the other ones, it was Yuvika who was asked to come out of the show because of low votes.
With Yuvika’s elimination, now there are 11 people remaining in the house. But guess who’s the most heartbroken? Obviously Prince! The Splitsvilla contestant, who recently professed his love for Yuvika on national TV, could barely start his affair and it was time for Yuvika to leave. Will Prince come out and talk it out with Yuvika? Will he find someone else now? Let’s wait and find out.